we will performance through internet this weekend!
we will talk from Washington and Shimane on Twitter and video call stream(from Hangout through YouTube ).
from each land, we could be know interesting things what we did not know ever.
details will be announced later on our Twitter. 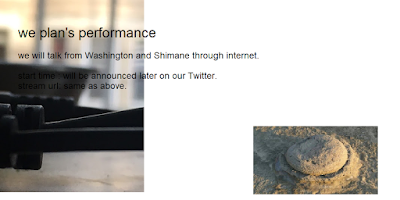 Email ThisBlogThis!Share to TwitterShare to FacebookShare to Pinterest
LUXURIOUS man, to bring his vice in use,
Did after him the world seduce,
And from the fields the flowers and plants allure,
Where Nature was most plain and pure.
He first inclosed within the gardens square
A dead and standing pool of air,
And a more luscious earth for them did knead,
Which stupefied them while it fed.
The pink grew then as double as his mind;
The nutriment did change the kind.
With strange perfumes he did the roses taint;
And flowers themselves were taught to paint.
???Andrew Marvell (1621???1678), “The Mower Against Gardens,” Lines 1???12 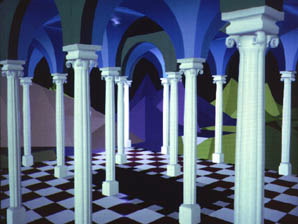 Email ThisBlogThis!Share to TwitterShare to FacebookShare to Pinterest
今日は自転車で旅をすることにした
time: 9/18/2017 12:43:00 PM No comments: 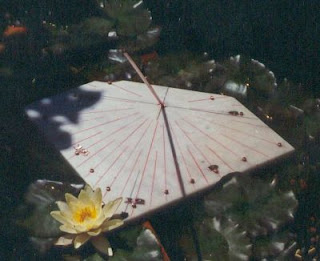 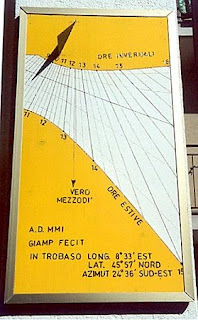 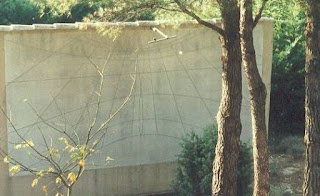 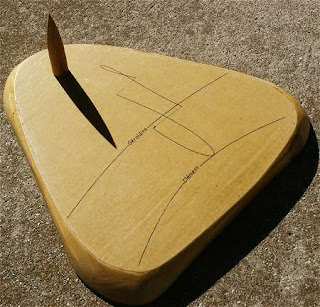 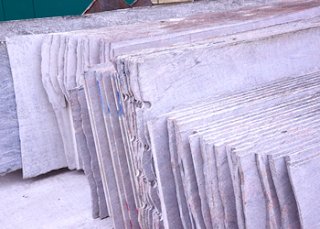 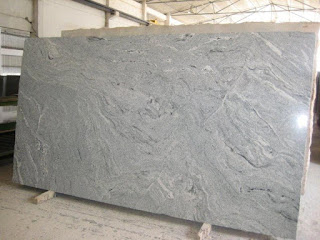 Description.—I. THE RIND (Aurantii amari cortex). The U. S. P. describes bitter orange peel as consisting of "narrow, thin bands, or in quarters; epidermis of a dark, brownish-green color, glandular, and with very little of the spongy, white, inner layer adhering to it; it has a fragrant odor, and an aromatic, bitter taste"—(U. S. P.). (For further information regarding bitter orange, see Aurantii Dulcis Cortex.) It is official in Extractum Aurantii Amari Fluidum and in Tinctura Aurantii Amari of the U. S. P.

III. THE LEAVES (Folia aurantii).—These are borne on a jointed, broadly-winged petiole, and are smooth, oblong-ovate or ovate, nearly entire, or having a slightly crenated margin. They are aromatic and have pellucid oil-glands scattered throughout the blade.
Chemical Composition.—A bitter crystalline body was isolated in 1828 by Lebreton and named hesperidin. It exists in the white parenchymatous tissues of both the orange and lemon rind, but is found in greatest abundance in the unripe Seville orange. It occurs, when purified, in white, acicular crystals, practically insoluble in water, even when hot (1 in 5000 of boiling water). It dissolves in boiling acetic acid and in alcohol, but refuses to dissolve in ether, fats, essential oils, and benzol. Treated with diluted acids it is split into grapesugar and hesperetin, insoluble in alcohol. Hesperidin fuses at 245° C. (473° F,); hesperetin at 223° C. (433.4° F.). A substance analogous to tannin, gum, resin, albumen, fixed oil, and an essential oil (see Oleum Aurantii Corticis) have also been found in the rind.
The juice of the orange consists chiefly of sugar, mucilage, and citric acid. Tanret (1886) found in bitter orange peel a bitter, acrid resin, a crystallizable, tasteless acid having the formula C44H28O14, hesperidin, an isomeric glucoside (isohesperidin, C44H26O24.5H2O) and another glucoside (aurantiamarin), to which he attributes the bitterness of the rind on account of its solubility in water.
Preparations: Tincture of Sweet Orange Peel - Syrup of Orange
Related entries: Aurantii Amari Cortex (U. S. P.)—Bitter Orange Peel - Aurantii Flores.—Orange Flowers - Limon.—Lemon - Oleum Bergamottae (U. S. P.)—Oil of Bergamot - Oleum Aurantii Corticis (U. S. P.)—Oil of Orange Peel
"The rind of the fresh fruit of Citrus Aurantium, Linné"—(U. S. P.) (Citrus dulcis, Link). Nat. Ord.—Rutaceae.
COMMON NAMES: Sweet orange, Portugal orange, China orange.
ILLUSTRATION: Bentley and Trimen, Med. Plants, 51.
Related Products.—PAGLIARI'S STYPTIC. A preparation called Pagliari's Haemostatic or Styptic, has been used with some degree of success in hemorrhages. It is made by boiling together for 6 hours in a glazed earthen vessel, alum 1 pound, tincture of benzoin 8 ounces, water 10 pounds. As the water evaporates it must constantly be replaced with hot water, so as not to interrupt the ebullition, the resinous mass being stirred constantly. Then filter the fluid and keep in stoppered bottles. It is limpid, color of champagne, styptic in taste, and aromatic in odor. White resin has been successfully substituted for the benzoin. Every drop of this fluid poured into a glass containing human blood produces an instantaneous magma; and by increasing the proportion of the styptic to the quantity of the blood, a dense homogeneous, blackish mass results. It is said to be useful in all arterial and venous hemorrhages. In applying it, lint and bandages should be used to prevent the coagula which form from being removed from the mouths of the vessels; an application of them for 24 or 48 hours is sufficient.

Email ThisBlogThis!Share to TwitterShare to FacebookShare to Pinterest
種分化機構の解明と生物多様性進化 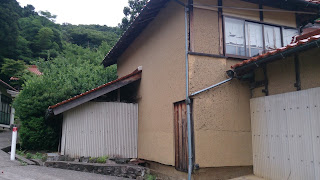 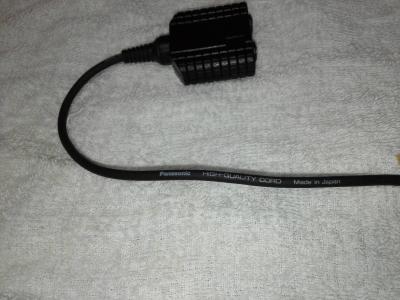